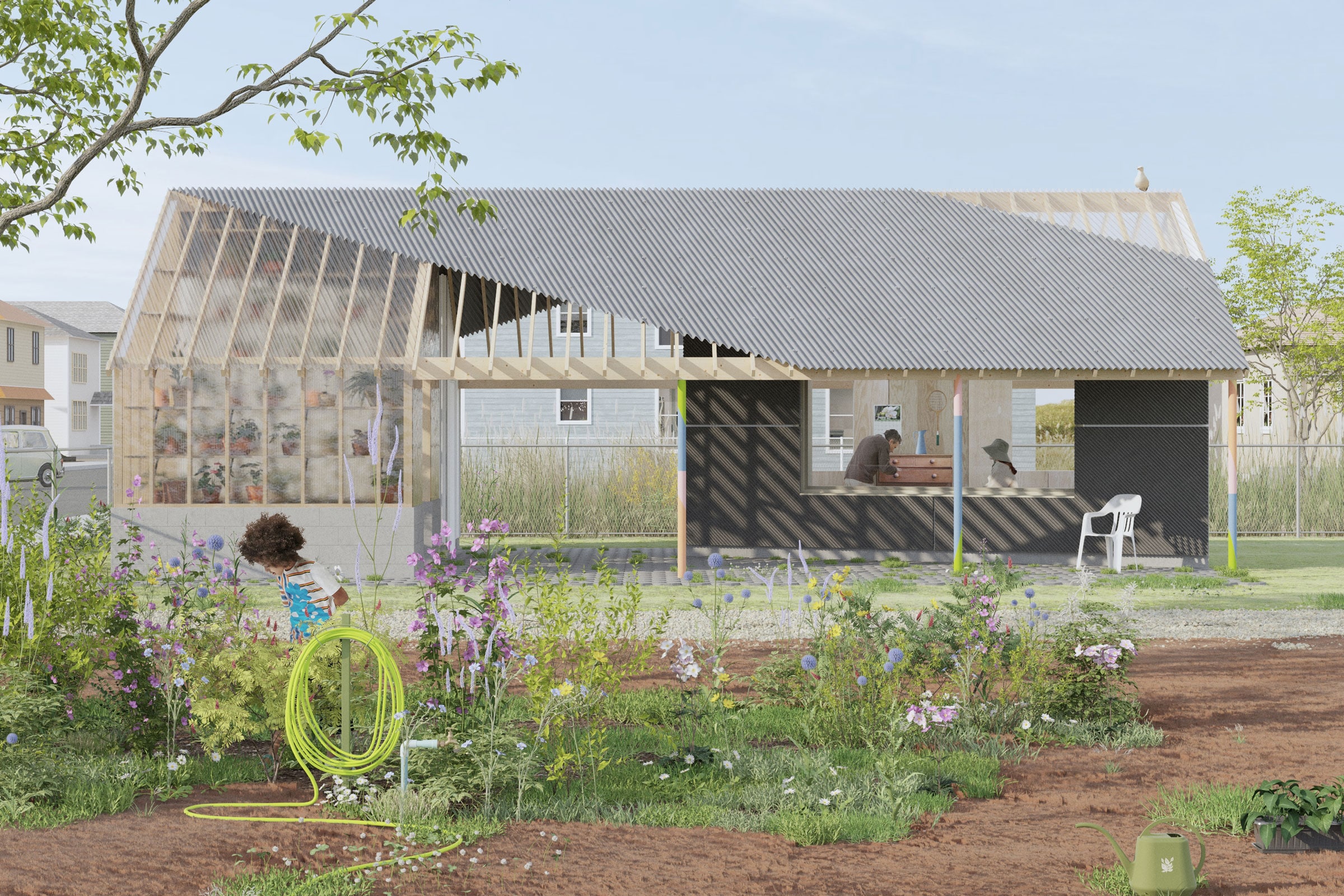 Architectural mockups from large-scale development projects are being transformed into shade structures, classrooms, and even community garden sheds thanks to the efforts of New York–based designers New Affiliates, in collaboration with architect and historian Samuel Stewart-Halevy.

Called Testbeds, this new initiative gives life to mockups that would otherwise be thrown out, even though they’re often made of high-end, resilient materials.

New Affiliates and Stewart-Halevy saw an opportunity to take resources from New York’s luxury real estate market to historically disinvested neighborhoods in the outer boroughs. In their designs, the discarded mockups get reinvented as part of new greenhouses, tool sheds, classrooms, and more. “The histories of development and community gardening in New York have long been intertwined,” Stewart-Halevy said in a press release. “By transplanting mockups from the private sphere to public community gardens, we hope to make this relationship more explicit.” The team is currently working alongside NYC Parks GreenThumb division on a pilot project at the Edgemere Coalition Community Garden in Queens, raising funds to build a multipurpose structure this fall. A mockup from the Tribeca condominium 30 Warren provided the founding donation for the pilot project. The mockup consists of four custom concrete panels and a large, 8-by-5 foot glass window. The team wants to repurpose the structure so the original window opens onto a new room for meetings and classes, under a large shade-producing roof and next to a greenhouse and tool shed.